Minimalism in Web design: past and future

Minimalism is one of the most enduring visual frameworks in Web design given its timeless elegance and clear presentation of content. While cycles of popularity come and go, the design technique is a classic and lasting visual philosophy for designers across all specializations and industries. 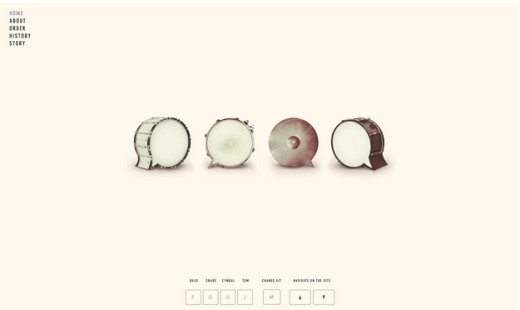 As an artistic style, minimalism is not at all a technique exclusive to Web design. Roots of minimalism movement in design can be traced to the early 1900s as print designer Lucian Bernhard pioneered a simpler design language. Since then, the technique has endured, gliding through time as if perpetually new.

Designers of every era find themselves connected to a minimalist approach of some fashion, including our current minimalism explosion. In this piece, we’ll review the principles of minimalist design, explore its appeal to web designers, then explain how we think the technique will continue to mature.

Those three little words are the simplest definition of minimalism. The spirit of minimal web design is to create an impressive visual website without a lot of bells and whistles.

A minimal design by nature is not stark or barren, although it certainly can be.

While minimalism originated in the turn of the 20th century, it really came to the forefront of design during the 1940s and 1950s in the form of the Swiss style of design. As you can see below, this restrained style was created through bold colors, crisp sans-serif fonts, and vivid photographs. If you were to further deconstruct the designs, you’d notice that the layout and alignment rely strongly on a grid format (which is now the foundation of most minimalist Web designs).

Similar to its graphic design origins, minimalism in Web design is the purest form of sculpture through subtraction – perfection is achieved not when there’s nothing more to add, but when there’s nothing more you can take away. Although current minimalism is centered around negative space and black lettering – the core of minimalism – the style defines itself by achieving the minimum of essentials through any means. 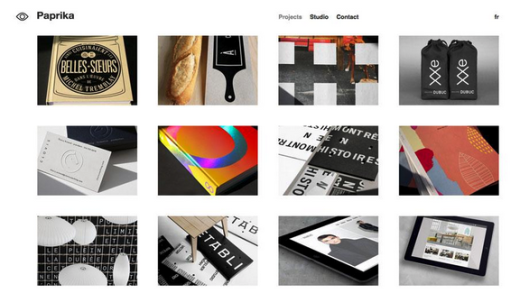 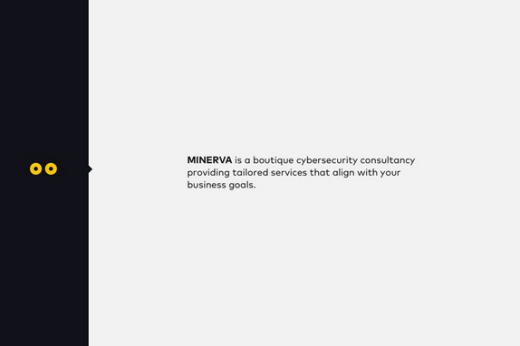 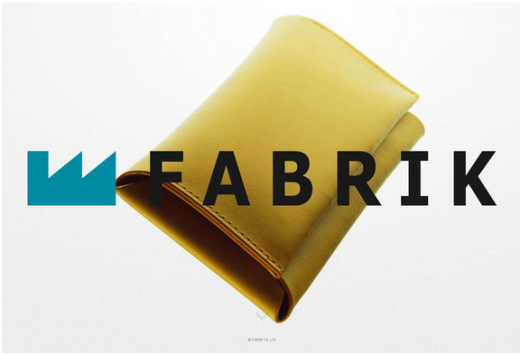 Minimal Web design is built from these fundamentals, all of which are designed to focus on the site content:

Now, you might assume minimalism is easy – after all, less elements means less work, right? In fact, the opposite is more accurate: because you are restricted to a few elements, these elements must be crafted with painstaking care and purpose Poor use of minimalism may be easy, but to use it correctly is not.

Minimal design is intentional. It is an approach that strips the unnecessary elements from a framework to leave only what is required. Most minimal website designs will not include a lot of color (palettes often only have one color aside from neutrals), texture or shapes or accents.

Minimalism works because it does what all design should do – it puts the emphasis on content.

The Appeal of Minimalism

Minimalism prevails because it is an effective and visually dynamic option for designers. Like all lasting design philosophies, it’s experienced multiple evolutions over time and meshes well with a variety of other design languages and design techniques. 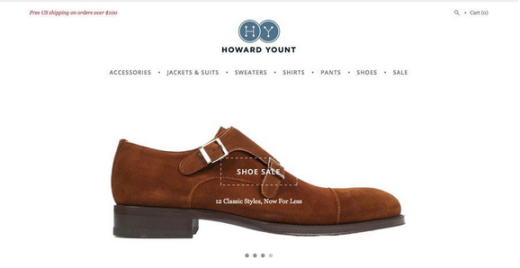 As we described in the Curated Collection of Design Techniques: Cards & Minimalism, minimalism achieves a number of design goals with an efficiency more complex styles can’t match. This explains why it endures when trendy, flavor-of-the-week styles come and go. The advantages of minimalism in Web design, and the reasons for its popularity, include:

In minimalist Web design, a common approach is to subtract design elements until the site is on the verge of “breaking”. From there, test the website with a minimum of five users, then reprioritize design elements and interface objects as needed. By following this process at least once (we’d recommend for each major design iteration), you’re able to strike a balance between usability and elegance.

The Future of Minimalism in Web Design

Even though the design space is seeing a rise in minimalist sites at the moment, don’t confuse this timeless technique with a mere trend.

Because we have seen it happen in print design areas, it is likely that minimalist Web design will ebb and flow for years to come as well. As with any popular design technique, the initial surge in popularity will likely be followed by a pull-back of sorts, where almost opposing techniques will find popularity, before the technique circles back again. 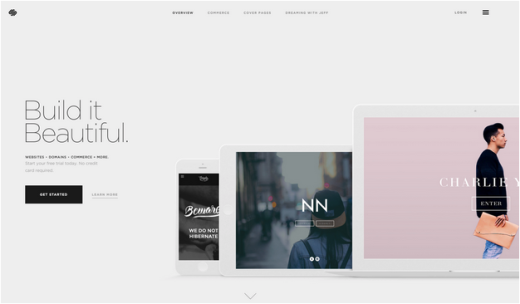 To the end, minimalism will continue to be a popular option, but is likely to evolve into a style that is a little less stark. As we have seen with techniques such as flat design evolving into “almost flat,” minimalist design will become richer (and more usable) as UI designers experiment with texture, color and effects – as well as moving away from symmetrical patterns.

Let’s explore a few of these evolving elements below.

Designers will expand from stark background styles to include a more pale or almost unnoticeable texture with a aesthetic plan that is minimal in every other way. This breakaway from a purely minimalist style still has roots in simplicity, but with a little more visual variety. 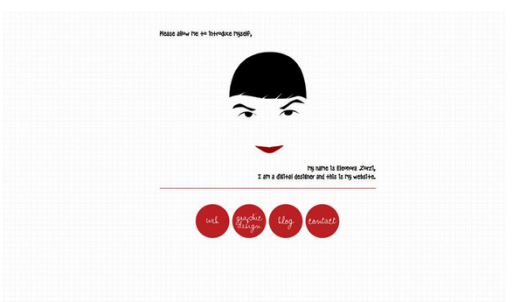 While white backgrounds have been the dominant feature in minimal design (giving a very literal meaning to white space), designs will continue breaking from this pattern by using more color, backgrounds that are dark with lighter text, or a monochromatic color scheme using various shades of the same hue. 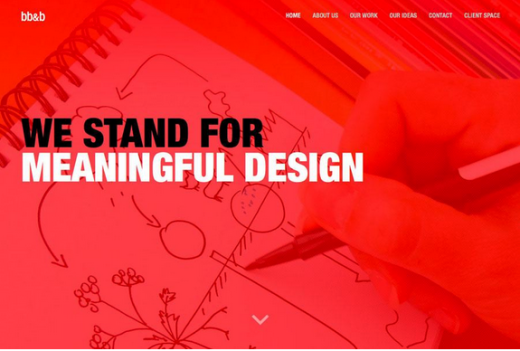 Of course, minimalism is also traditionally defined by a lack of effects. Simple animation in the minimal style will become more popular as more designers appreciate that minimal does not equal static. 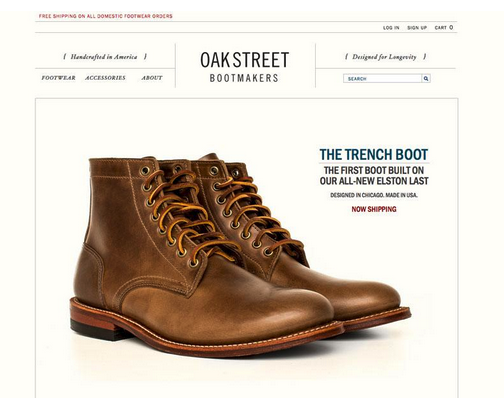 4. Move away from symmetry

The current minimalist landscape favors symmetry, but that is certainly not a law. While balance is important, actual symmetry is not. 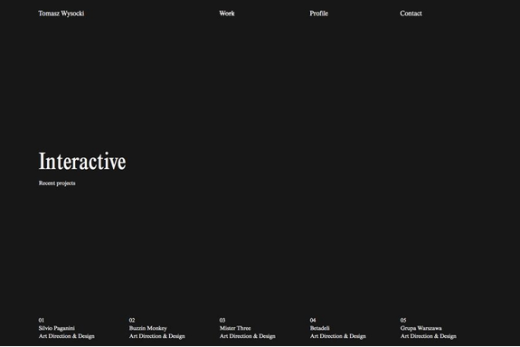 More websites will actually use asymmetrical concepts to create organization, balance, and a strong minimal aesthetic. As the design landscape becomes more saturated, web designers can apply asymmetry towards common UI patterns to create a familiar yet fresh look.

Ironically, minimalist sites should be more usable (in theory) since the content is clear and less distractions exist on the screen. However, you can easily run into the issue of minimal design that’s too minimal.

For example, as Delwin Campbell describes in the above article, using a purely icon-based navigation system may confuse users if your visual metaphors aren’t straightforward. Or, as Tara Hornor suggests in her article for UXBooth, designers may only allow users to explore the site in a linear fashion, restricting the freedom of users to choose their most efficient path. 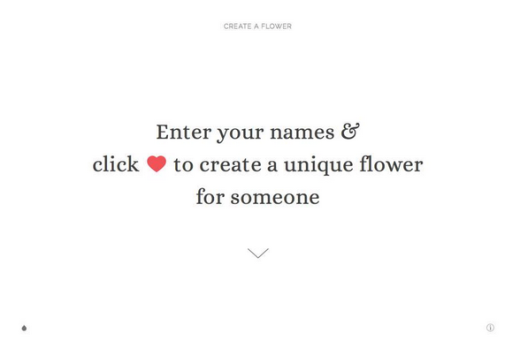 Minimalism is more than just white space and the fewest elements as possible. The heart of the minimalist philosophy is in emphasizing content. Reducing the elements and featuring a lot of negative space are simply means to that end – they minimize distractions so that users can focus only on what’s important.

Never misinterpret minimalism as the ends in itself, or you’ll just as likely find yourself deleting elements with irreplaceable functionalities. That’s not sculpture through subtraction – that’s just subtraction.

To learn more about minimalist web design, check out our free e-book The Curated Collection of Design Techniques: Cards & Minimalism. The book includes 70 pages of advice explaining how to create card-style and minimalist web designs with 43 examples from Google, Microsoft, Squarespace, and more.

Article Source:TNW - Minimalism in Web design: past and future